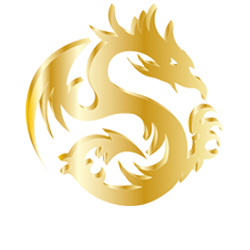 A recent report by Halifax shows that the average home in the UK now costs 8.1 times average earnings, the highest on record since the lender started tracking the figures 10 years ago

Affordability in the UK property market has dropped significantly during the pandemic as house prices prices continue to grow rapidly, while wages fail to keep up according to new figures published.

Research from Halifax shows the average home in the UK now costs 8.1 times average earnings, the highest on record since the lender started tracking the figures 10 years ago. House prices are forecast increase by around £50,000 over the next 5 years.

The price to earnings ratio has widened from 7.5 in 2020, driven by a surge in house prices over the last year triggered by the stamp duty holiday.

The PE ratio has risen for eight successive years and has increased sharply from 5.41 in 2011, Halifax said.

Flat-lining wage growth over the last year, combined with demand in the property market running hot as prospective homebuyers rushed to capture the financial benefits on offer from the stamp duty holiday putting upward pressure on prices, have compounded to make it harder for Brits to secure homes.

In the UK as a whole, average earnings are £38,600, while the typical property costs £327,691, Halifax said.
The ratio of a buyer’s earnings to the value of the property they are purchasing is a key measure of affordability. If the former rises whilst the latter stays constant, home purchases become relatively cheaper.

London ranks as seventh most expensive city in UK

Halifax’s research also uncovered the cities in the UK that have the most and least affordable housing based on PE estimates.

London ranked as the seventh least affordable city in the UK with a PE ratio of 11 this year, behind places such as Brighton and Hove at 11.6 and Cambridge at 11.9.

Londonderry in Northern Ireland was the most affordable place to buy a home in the UK with a PE ratio of 4.7, while Winchester in Hampshire was the least affordable, recording a ratio of 14.